How seat belts keep you safe in a car accident

Research from the National Highway Traffic and Safety Administration (NHTSA) reports that seat belts save about 13,000 lives in the United States annually. The NHTSA also reports that over 2,500 lives of crash victims could have been saved if they had been wearing seat belts.
Why are seat belted passengers considered to be safer than unrestrained ones? According to the NHTSA, “During a vehicle crash, being buckled up helps keep you safe and secure inside your vehicle, whereas being completely thrown out of a vehicle is almost always deadly.”

A Brief History of Seat Belts

In the United States, the first seat belt patent was issued in 1885 to Edward Claghorn of New York City. The first modern seat

belt, called a three-point seat belt, was invented in Sweden and introduced to the automobile by Volvo in 1959. Seat belts were required in every automobile by 1968, but wearing them is still not mandatory in every state.

The basic idea of a seat belt is simple. Wearing a belt keeps passengers from being ejected from a vehicle in a crash. When a vehicle stops abruptly, its passengers will also stop. The life saving difference is where on the body a force is applied to stop the person, and how suddenly it is applied. For example, stopping by hitting your head on the windshield is much more likely to cause injury than stopping because a seat belt forces the center of your body to stay in a cushioned seat.
As seat belts have developed over time, there are several different kinds.
● A 2-point seat belt, also called a lap belt, has only two attachment points, one near each hip.
● A 3-point seat belt, also called a lap/shoulder belt, includes a lap belt and a shoulder belt and has three attachment points, one near each hip and one over a shoulder. 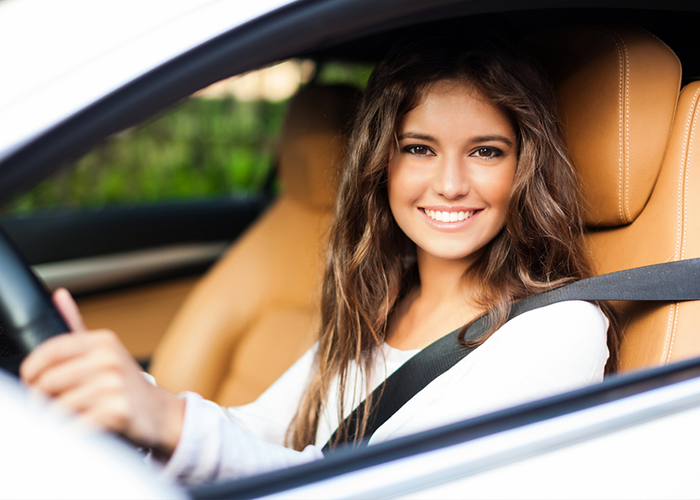 Today’s seat belts are three-point seat belts, which spread the stopping force across the pelvis and upper body. Because three point belts spread the force across more of the body than two point belts, they minimize the strength of the force in one area, minimizing injury.
Remember that seat belts are designed for adult sized bodies, which is why child safety seats are so important in the case of an accident. Child car seats allow the force of an accident to be spread across an area appropriate to keep a child safe.
If you ever find yourself in the unfortunate event of being in a car accident first check to ensure everyone is safe and call for emergency help. Then call the experts at Capitol Auto Body at 860.450.7195 to get your car back to normal.